Get the latest product and industry updates and from the past 30 days and be the first to know about our latest developments.

APARTMENTS
All in one software for an efficient operation

HOSTELS
Give a life-time guest experience

Get the latest product and industry updates from the past 30 days and be the first to know about our latest developments. 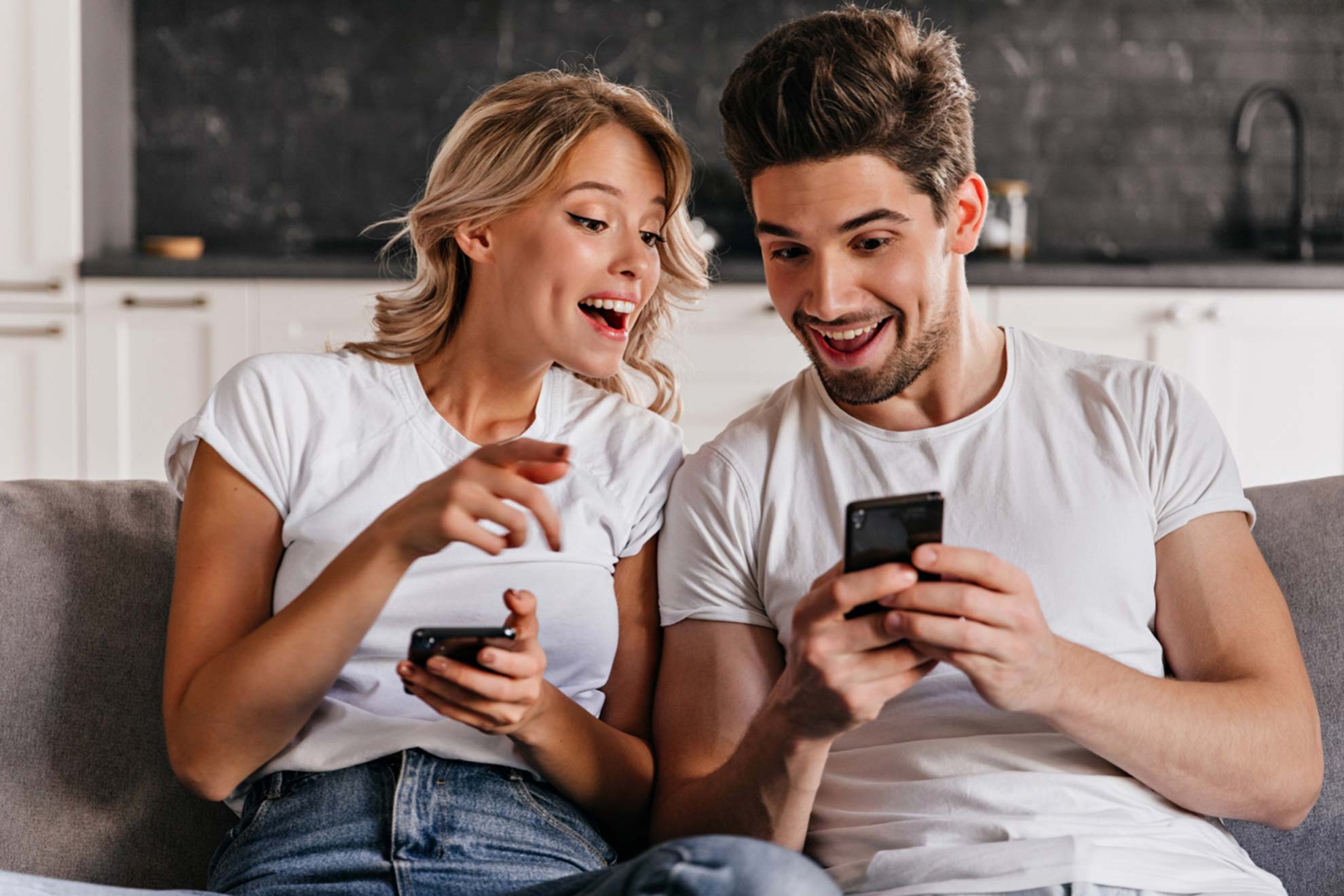 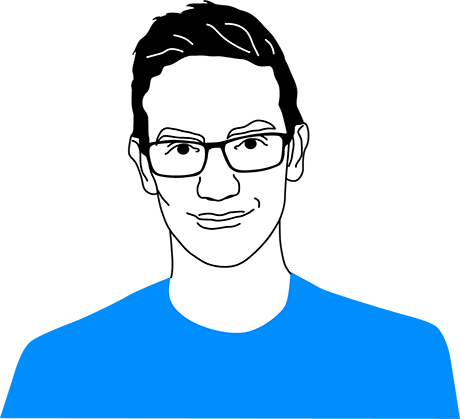 Somehow I always hear the craziest and funniest work stories from those of my friends who work in a restaurant or a hotel. Both guests and staff can get involved in really insane situations.

Let me tell you some of these stories today.

One of the funniest stories about a small hotel managed by a friend of mine:

“The hotel’s parking area is in the underground garage, from which there is of course an entrance to the building for the guests. Not far from this entrance is the hotel’s food storage room. The storage in the garage and the kitchen upstairs are connected by a food elevator and a narrow staircase.

One day, an elderly couple arrived at the hotel and parked their car near the storage room. Someone forgot the staff entrance open and despite the big ‘STAFF ONLY’ sign on the door, the couple walked in. They thought that the stairs were too narrow for the lady, so the husband benevolently put her in the food elevator, and then walked himself up. You can imagine the faces of the chef and the kitchen staff as the elevator arrived and a lady looked back at them instead of the vegetables behind the door. Then, immediately after, a gentleman ran up from the staff stairs looking for his wife." 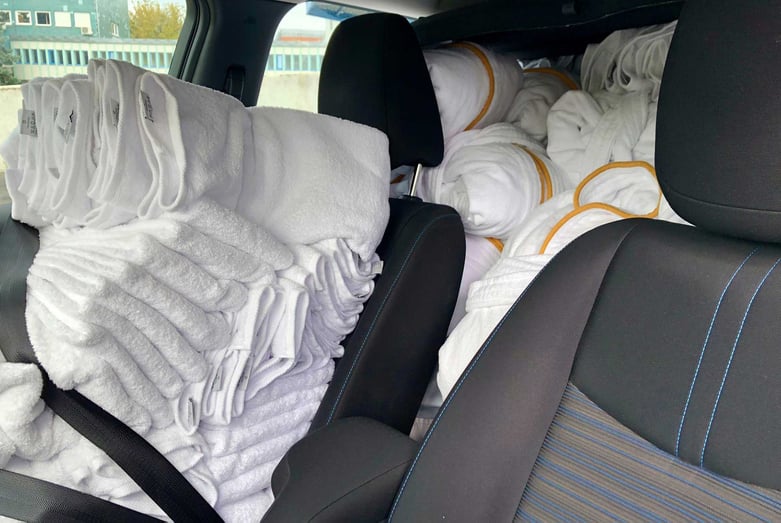 One of my friends is a senior manager of a hotel chain in Budapest. When he started his workday, he had no idea that by midday he will be in the middle of a textile emergency:

“It wasn’t too long ago, right after we opened the hotel for the second time during the COVID-19 pandemic. I was rushing from one house to another when the responsible housekeeping supervisor called and said that they had not received enough textiles for the hotel. It is important to know that, like many other hotels in Budapest, we do not clean hotel textiles in-house, but rent them from a local company. This means we need to estimate in advance how many textiles will be needed and order them in time.

The company, on the other hand, told the hotel around noon that they did not have enough textiles for the approximately 25-30 rooms that had check-ins that day and were waiting to be cleaned. Before COVID, this could have been solved with a phone call or two. But unfortunately, in the post-covid state, things did not work as smoothly as they did back in 2019 when the hotel industry flourished.

The only solution was for someone to go to the laundry, pick up the textiles and take them to the hotel. Since I was the only one who had a car that day, it was my job to take the role of the “textile taxi”. I could only fit 6 sets of textiles into my car at once, so I ended up doing 6 laps between the hotel and the laundry. Fortunately, all the rooms were cleaned in time and the guests didn't notice anything.” 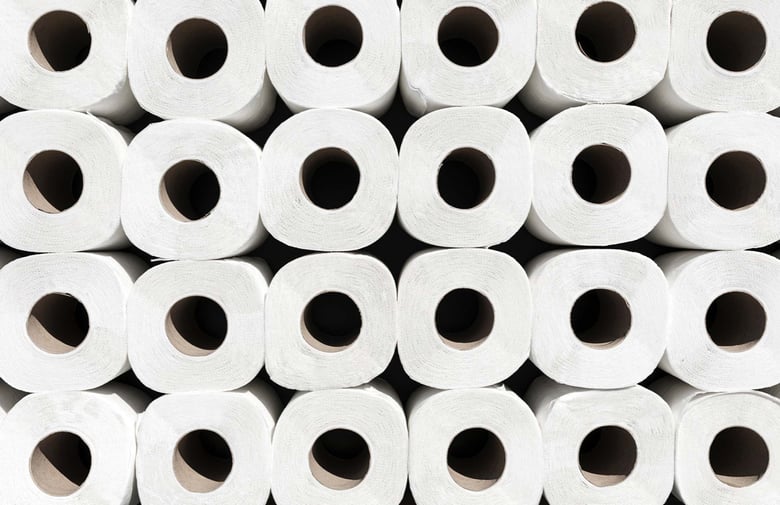 3. The more the better, right?

Another friend's story about a crazy toilet paper avalanche:

“Before each purchase in the hotel, we are making an estimation about how much product we will need. Of course, this is not done by guess, but by analyzing reports based on past consumption and considering future needs. This is true for almost every item we use in a hotel, including toilet paper.

Our monthly consumption of toilet paper is approx. 5000-5500 rolls/month and the supplier works with a delivery time of 1-2 days. Therefore, we usually order 500-800 rolls 1-2 times a week. One day, however, an inexperienced new colleague had to place this order. He quickly reviewed our monthly needs and decided to order them all at once. To be on the safe side, he even asked for a little plus, a total of 6,000 rolls of toilet paper. By the time we realized what he did, the delivery was done and every corner of the hotel that could be used for storage was stuffed with toilet paper, including my office.” 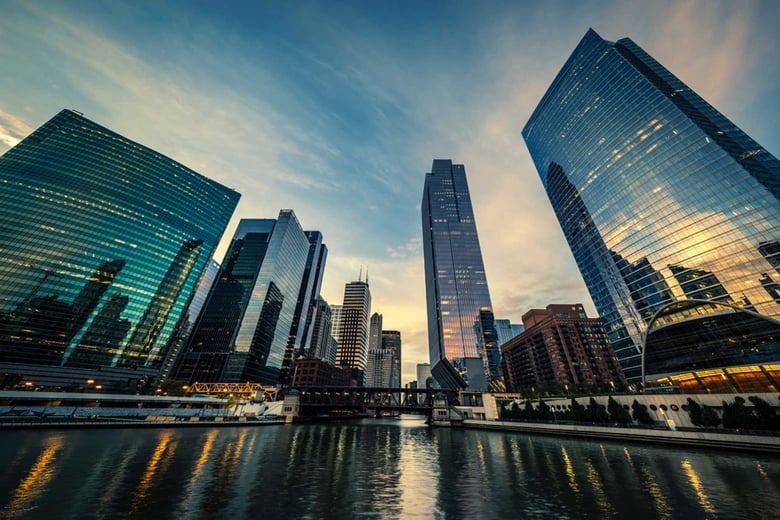 4. Help, the hotel is leaning over!

This absurd story happened to a receptionist I know:

“We had a returning guest who paid in cash every time and tipped us really good. One day in the middle of the night when I was on a shift he called me at the reception and asked someone to go up to his room right away because there was a problem. He didn’t explain what the problem was, he just kept asking someone to go fast.

So I went up to see what happened. When I got up he opened the room door and then led me to the window. Then he pointed to the building opposite and tried to desperately convince me that our hotel was constantly leaning minute by minute and that the whole building would soon be falling over. I tried to convince him that the hotel was stable and upright, but he wouldn’t believe me. He checked out the next morning and we haven't seen him since.”

5. Oh, those hot summers in Budapest

My female friend, who works as a housekeeping supervisor, shared this unusual story with me:

“Thinking back, I’m laughing at the story, but I’m glad as well that no guest saw what happened. It was on a particularly hot summer when hotel corridors’ temperature went up easily to 25 - 27 degrees Celsius. Of course, wearing a uniform is not very comfortable in such warmth, which is why maids wear a special, more comfortable type of it.

However, one of them thought it wasn't comfy enough so she decided to get rid of it while cleaning the room. It’s a habit of mine to check through every floor at least once, and when I got to her floor, she greeted me in her bra without the top of her uniform. She said this is the only way she could endure the heat. We both agreed that it was better for her not to suffer any longer and look for a new job.” 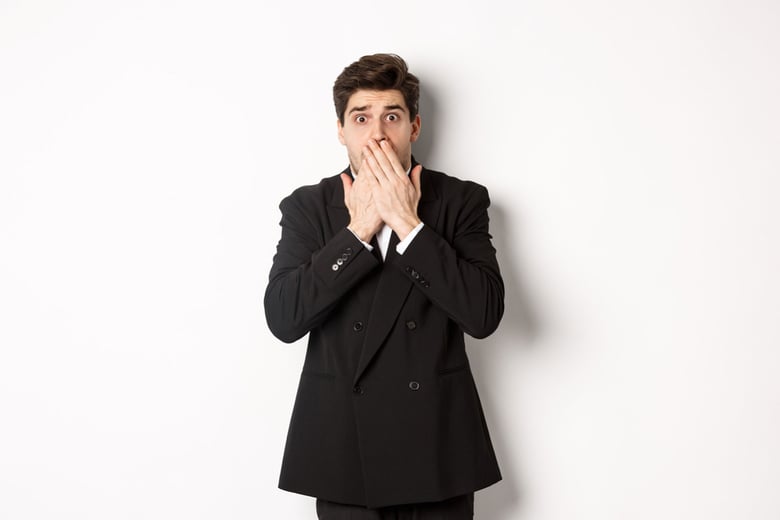 And here’s one of the craziest stories I’ve ever heard from a hotel:

“We had a guest who booked a room at our hotel for several weeks and his employer paid for the entire stay. I guess he wanted to be a good and humble employee and save some money for the company. So he decided not to use the hotel’s laundry service, but rather wash his clothes in his room. He could probably hang most of it in different parts of the room, but the shirt needed a hanger and the hanger obviously had to be hung somewhere. He pondered to himself until he spotted the nozzle of the fire extinguisher on the ceiling, which seemed just right for this job.

He hung up his shirt, certainly very carefully, because miraculously he hadn't broken the glass inside the sprinkler. Ok, that was done, but that bloody shirt just didn't want to dry out, and he had a meeting to attend. So our determined guest came up with another brilliant idea. To speed up the drying process, he took out the hairdryer and blew hot air onto the shirt. And of course the fire extinguisher. When it reached the limit of 60 degrees Celsius, the sprinkler broke.

What does that mean?

The guest, meanwhile, was still standing next to his shirt, in the knee-high water, completely soaked. He destroyed seven other rooms besides his, but his biggest problem was the meeting and how he was going to make it there.”

Of course, we are now laughing on these stories, but as a hotelier similar situations can cause a lot of headache especially when it puts the guest experience at risk. Automated solutions can solve some of these problems, for example by improving the communication between departments or providing up-to-date informations for your staff.

These Stories on Guest Experience

Metaverse in hospitality: distant future or already a competitive advantage?

5 essential tips on how to win over your guests hearts